"The Call." A sermon from Littlefield Presbyterian Church on Mark 9:3-37 on a baptism Sunday. 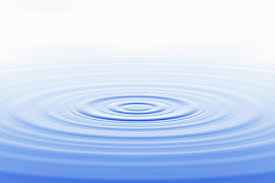 Last week as I was driving somewhere I heard part of an interview on NPR about the history of fraternal organizations and lodges  During the interview, someone said that people don’t join groups as much as they used to.  He mentioned Robert Putnam’s book, Bowling Alone: The Collapse and Revival of American Community, which was published in 2000—about the time social scientists started talking more about a trend of declining in-person social relationships and community,  which became more of a trend from around 1950 on.[1]
I’d read Bowling Alone when it was first published.  The title of the book came from a trend in bowling:  the number of people who bowled had increased between 1970 and 1990, but the number of people who bowled in leagues had decreased significantly.  If people bowl alone, they don’t participate in social interaction and civic discussions that might occur in a league environment.
I think the trends Putnam and others were identifying fifteen years ago are even more evident today, in the aggregate loss in membership and number of volunteers in Parent-Teacher Associations, Women’s Clubs, any number of civic organizations, and the church.  Our leisure time has become much more individualized, via television and internet.
We live in a culture in which individualism and consumerism are prominent values.   As I was looking through my notes on this scripture passage, I came across a commentary Kenneth Woodward wrote in Newsweek some time ago, in which he said that one of the most common theological questions asked in our society is “What do I want?” [2]
In that article, Woodward described a kind of  “mix-em, match-em, salad-bar spirituality."
You know how salad bars work.  You take what you want:  the mixed greens, the cherry tomatoes, the potato salad.  You leave behind what you don't want:  the sprouts, the pickled beets, the broccoli and cauliflower.  Woodward says a lot of people today assemble their spiritual lives in much the same way.  He cites a contemporary seeker who declares, "Instead of me fitting a religion, I found a religion to fit me."
"What do I want?"  is the question we might ask standing in the door of an open refrigerator.  Have you ever done that?  I feel this strange, vague hunger inside me.  I know I want something.
"What do I want?" is the question we ask standing in the shopping mall, or the car lot--  hoping something we buy might make us feel whole or happy...  or just better.
"What do I want?"   When that becomes the only question—or the main question--  religious faith is no longer seen as the center of life and an integrating force holding our lives together--  but rather as just one more thing added into the life we try to put together for ourselves… or something to take or leave, depending on what I want.
The thought that religious faith is only about getting what we want can be pretty attractive...  seductive.

By contrast, Jesus' words in today’s gospel lesson are anything but pretty, when he talks about how he will have to suffer…be rejected…and die.
Though the way of Jesus sounds strange--  there is also something strangely appealing about it.  Jesus speaks so confidently about the new life he offers:  life so abundant that if you give it away you only find more of it.  Life so precious that it can't be bought--  but only received as a gift.  The gospel is paradoxical and counter-cultural.
The popular culture gives us strong messages about who we are and what we’re worth and what life means.  We’re bombarded by commercials on T.V. that tell us that we’ll be happy if we use the right products to keep up appearances…if we have the right look for ourselves and our homes.  Even young children are targeted by advertisers who want to sell toys and junk food.
The way of consumerism invites us to grasp and grab...  and work and toil, never satisfied, always wanting more....  always trying to fill some deep emptiness which can't be filled with anything less than God.
When we have ears to hear, we’re invited to choose the way that leads to life and abundance.  As Christians, we’re challenged by our faith to repent—to re-think, to open ourselves to be transformed by the good news of the gospel.