"Lost and Found." A sermon from Littlefield about God's love. 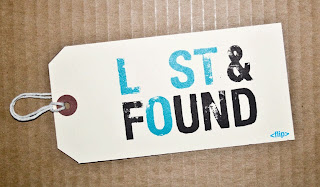 I wonder  how the religious leaders reacted to what Jesus said.  I wonder whether the leaders had any idea that they, too, were lost ones needing to repent and turn around.  Did they know they were among the sinners that God seeks out so persistently?  Did they have any idea that God was turning the world upside down to find the tax collectors and outcasts…and the good church people, to claim as God’s own sheep…God’s own precious coins?[3]
A lot of the folk who gather in the pews at church on Sunday mornings are a lot more like the good righteous folk in Jesus’ stories than the sinners.  Most of us try very hard to be good Christians and do the right thing.  But is it possible that we can be righteous in this sense—but also lost?
As David Lose asks:[4]  “Might the parents who want their children to succeed so much that they wrap their whole lives around hockey games and dance recitals be lost? “Might the career minded man or woman who has made moving up the ladder the one and only priority be lost?.   Might the senior who has a great pension plan but little sense of meaning since retirement be lost?  Might the teen who works so hard to be perfect and who is willing to do just about anything to fit in be lost?...” The list could go on…
There are lots of people in our congregations and in our communities—good, respectable people who seem to have it all together and yet—deep down, are just plain lost.   There are people who work hard, do their best, show up for church on time—all good things.  While having it all together is great, there are some times when we can feel lost.   But if we’re only scratching the surface of who we are and what we need and hope for on the deepest level—then we’re lost.
Church—when we’re truly being church-- is a place where anybody who feels lost can come--sinners and righteous alike. We can come together and admit our lost-ness… and confess our hopes and fears, dreams and dashed hopes to God.  We can trust that--  when we turn toward God--   God throws a party and invites all the angels to celebrate.
When we open ourselves to God’s grace, God is here to give us a new identity beyond and better than anything we could have dreamed up for ourselves or done on our own.  Church is a place where we can grow into knowing ourselves as part of God’s family.
As Desmond Tutu says, “In God’s family, there are no outsiders.  All are insiders….—all belong.”[5]   Tutu talks a lot about the delicate network of interdependence that is called ubuntu in Nuguni languages, and how it is the essence of being human.   My burden is caught up and bound up in your burden.  You and I are human because we belong and participate and share.  Hospitality, warmth, generosity, willingness to share are great values.
Do you believe that?  We can be truly free, only together.  We can be human only together.  As followers of Christ, we are called to reach out across boundaries, to share the good news of God’s love with sinners and outsiders and anyone God puts in our path or neighborhood. In Jesus Christ we are forgiven, redeemed, and transformed.   We are called to work with Christ, as partners, to share the good news of God’s love and acceptance.
Do we hear Jesus?  “Rejoice with me because I have found my lost sheep.’   I tell you, in just the same way, there will be more joy in heaven over one sinner who repents than over ninety-nine righteous people who have no need of repentance."
Jesus is showing us a passion and joy for wholeness and inclusion that we can know when our hearts are open.   When people we love are away or missing, we don’t feel whole or complete.   God has created us for wholeness and inclusion.   God cares enough about each one of us to come looking for us when we get lost.  God cares for everyone-- even some folks that we can’t imagine God would waste a moment on!
The parables we heard today aren’t ultimately about who’s a sinner or who’s righteous…  and not even about being lost and found.  They’re  about a God so crazy in love with all God’s children that this God will do anything to find them.  To find us.
God’s heart aches and yearns to bring every sheep into his fold…to tuck every coin safely into her purse.  God celebrates whenever one is found.
The party is waiting.  Praise be to God!

Blessed Are the Peacemakers: A sermon for an interfaith service

This is a one of two sermons preached on September 8, 2013 at Littlefield Presbyterian Church, in Dearborn, Michigan.  It was part of an Interfaith Service of Prayer for Peace and Unity held during our regular Sunday morning worship time.  We had most of the elements of a traditional Presbyterian worship service, in addition to liturgy from the Jewish and Islamic traditions.  We began with both the Islamic Call to Prayer and a Christian Call to Worship.  A cantor from the downtown synagogue sang scriptures and prayers.  A young man recited a passage from the Qur'an, and an imam preached.  At the end, I gave the charge, and the cantor sang the Aaronic blessing.  Then we all sang, "Let there be peace on earth."

"Blessed are the peacemakers"
Matthew 5:1-16 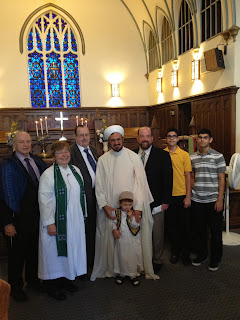 Jesus said:  “Blessed are those who mourn, for they shall be comforted."
For those of us who long for a better, more peaceful world, this is a painful, distressing time, a time of mourning, as we watch the violence that has claimed the lives of over 100,000 Syrians… driven over 3 million Syrians over the borders into refugee camps,  and displaced an additional 6 or 7 million Syrians from their homes.
The human toll in Syria — in deaths, displacement and refugees— is staggering.   Above all, I think it’s the images of the children that haunt us.
And yet—as Charles Blow reminded us recently in the New York Times[1]—there are millions of other children who die each year on this planet with little notice of malnutrition and of illnesses that could be prevented or treated if the world cared enough.
Here in the United States, the Department of Agriculture released a report this week that found for the fifth year in a row that 1 in 6 Americans are “food insecure”--  many of them children.  Most of them receive assistance from the Supplemental Nutrition Assistance Program, formerly known as food stamps, yet Congress is considering cutting back on that aid.
Furthermore, a recent report by the Children’s Defense Fund pointed out:   “The number of children and teens killed by guns in 2010 was nearly five times the number of U.S. soldiers killed in action that year in Iraq and Afghanistan.

I find myself mourning all this violence and need… longing to do something.
So--  what can we do?  In the midst of the violence and hatred and apathy in our society,  it’s easy to feel overwhelmed and despairing.
What can we do?  We can begin by praying together and forging bonds of friendship and solidarity… getting to know one another better… opening our hearts and minds to one another… and finding ways to work together to change the world.
There’s hard work to be done.   But we can work together to make a difference.  There are values our faith traditions hold in common—that have to do with love and justice and peace.
Jesus came to embody God’s love in the world.  When people came to Jesus and asked him which commandment in the scriptures was the most important Jesus answered, “’You shall love the LORD your God with all your heart, and with all your soul, and with all your mind.’  This is the greatest and first commandment.  And a second is like it: ‘You shall love your neighbor as yourself.’”
In Luke’s version of this, he tells how someone said, “Who is my neighbor?”  and Jesus went on to make it clear in the Parable of the Good Samaritan that our neighbor is anyone God puts in our path--  even someone we might have considered to be an enemy.[2]

One of the books I’ve read recently is The Gospel of Rutba:  War, Peace, and the Good Samaritan story in Iraq, by Greg Barrett.
Archbishop Desmond Tutu—one of my heroes—wrote the forward to the book, in which he talks about the animated film, “How to Train Your Dragon.”
The moral of the movie’s story has to do with taming our deepest fears in order to slay the prejudices we inherit.  Fear and prejudice, Tutu says, those are our dragons.
When the protagonist of the film, a Viking boy named Hiccup, stares into the soulful eyes of his flying, fire-breathing nemesis, he sees something vastly different from what the other villagers see.
“Three hundred years and I’m the first Viking who wouldn’t kill a dragon.  I wouldn’t kill him because he looked as frightened as I was,” Hiccup confides to a friend.  “I looked at him and saw myself.”
Hiccup and the dragon soon forgive each other’s misunderstandings.  They bond in delightful acts of cooperation and compassion.  By the end, Hiccup teaches his warrior elders a lesson that is far more critical in the real world than in a fictional film.
As Archbishop Tutu says, these universal truths endure despite history’s aggressive denial of them.  If we will gaze into the soulful eyes of those we think are our enemies, we will find a child of God, and we will see that that new friend is, in fact, family.  Look deeper still, and a reflection will stop you.   Because it’s yourself you will see reflected.
I love what Archbishop Tutu wrote in that forward:  “At our deepest best we are all rooted in a love that grows steadfast—generation to generation.  Like perennial flowers opening to spring’s first caress, so too humanity grows toward light.  Less graceful, and always groaning, but we are forever drawn to the peace of truth and reconciliation.  Agape, and our love for our own children, demands that we provide a better inheritance for them.”
After worship, we invite you to stay for a time, to enjoy refreshments and conversation.  I hope you’ll make a new friend today.  Talk with one another about your families—especially your children or grandchildren and what kind of a world you want to leave for them.
U2 sings a song that begins like this:
“Every generation gets a chance to change the world….”
Let’s renew our commitment to change the world, beginning today.