"God of Second Chances." A Sermon from Littlefield Presbyterian Church on Luke 13:1-9 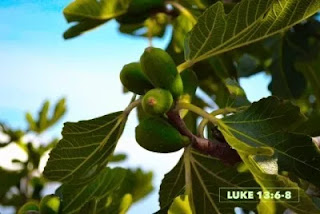 When the headlines are grim, when things go terribly wrong, we try to make sense of things.  Eventually, pretty much anyone who thinks about God eventually asks: “Why do bad things happen to good people?” They wonder if God causes calamity. Or if tragedy—either on a large scale or small—is a punishment for sin?
I think we may ask these kinds of questions because tragedy or disasters—whether caused by nature, like the devastation we’re seeing in parts of our nation’s Midwest or in southern Africa, or caused by humans, like the terrorist attack at the mosques in New Zealand—confront us with chaos and violence and challenge our sense of order or stability.
We try to make sense out of what happens. We struggle to figure out where God is in the midst of it. We think: there must be a reason.
“Do you think that because these Galileans suffered in this way they were worse sinners than all other Galileans?
“Or:  Those eighteen who were killed when the tower of Siloam fell on them—do you think that they were worse offenders than all the others living in Jerusalem?”

Jesus points to two calamities that may have been subjects of recent conversation around the local watering hole-- one an instance of state-sanctioned terror, and one a random accident. Both saw people snuffed out with little warning and for no clearly apparent reason. Both kinds of events remind us to how precarious our existence is.
Do bad things happen because people are bad?  The victims of the severe storms, tornadoes and flooding in the United States…or the flooding from the cyclone in southern Africa—have they been suffering because they’re worse sinners than people who haven’t been affected by disasters? The victims of the latest terrorist attack in New Zealand—did they do something to deserve to be shot?
When bad things happen, we may long for a cause-and-effect scenario, so we can explain away suffering as a way of distancing ourselves from it.  We might even wish sometimes that God would give people we think are evil or wrong the punishment we think they deserve.  The problem with that is that isn’t the way God works.
As Jill Duffield once pointed out, “The problem with making our relationship with God a transactional one, rather than a covenantal one—is that, at some point, the math just won’t add up.  We will be persecuted by Pilate for no reason other than Pilate chooses to persecute us.  Or the tower will fall on us because we were at the wrong place at the wrong time.  We might seek a reason, some logical explanation, some underlying purpose and it simply will not be there.  Then what?  Are we bad people?  God forsaken?”[1]

Kate Bowler is a professor at Duke who has researched and written about the “prosperity gospel” for some time. She’s been wrestling with how a prosperity gospel theology that claims the righteous are blessed impacts her understanding of being diagnosed with stage IV cancer at age 35.  In a piece in the New York Times a few years ago, she wrote:[2]
“Put simply, the prosperity gospel is the belief that God grants health and wealth to those with the right kind of faith… and that “tragedies are simply tests of character.”
Kate wrote, “It is the reason a neighbor knocked on our door to tell my husband that everything happens for a reason.
“I’d love to hear it,” my husband said.
“Pardon?” she said, startled.
“’I’d love to hear the reason my wife is dying,’ he said, in that sweet and sour way he has.”
As Kate writes, “My neighbor wasn’t trying to sell him a spiritual guarantee.  But there was a reason she wanted to fill that silence around why some people die young and others grow old and fussy about their lawns.  She wanted some kind of order behind this chaos.  Because the opposite of “# blessed” is leaving a husband and a toddler behind, and people can’t quite let themselves say it: ‘Wow. That’s awful.’  There has to be a reason, because without one we are left as helpless and possibly as unlucky as everyone else.”
Kate thinks the “prosperity gospel” people may wonder: is she a worse sinner?  Did she smoke?  Did she eat poorly?  Not exercise enough?  Bad genes?  We hope for an answer that will explain why she has cancer—an answer that will help us feel safe from getting it.
I think questions about who sinned or who is the worst sinner are irrelevant here. In today’s gospel lesson, Jesus gets pulled into a worried conversation about the latest news cycle.  Jesus implies that the victims did nothing wrong, nothing that caused their demise.
It's such a tempting equation.  But Jesus won't go there.  He denies that there is a simple connection between what happens to people and the punishment of God.
Does this mean that God never punishes us for our sins?   Not necessarily.  But there are natural consequences for things we do. If we build houses on flood plains, we’ll be flooded out at some point.   If we insist on fighting wars, people will suffer and die.  If we drink heavily, if we smoke, if we have poor eating habits, there will be health consequences. If we pollute the environment, there will be all kinds of negative consequences.
But Jesus doesn’t get into all of that.  He simply denies that there’s a simple connection between what happens to people and the punishment of God.
What Jesus does say in today’s gospel lesson is, “Unless you repent, you will all perish as they did.”  The issue is not why the tornado hit that particular town or why the hurricane did so much damage.  God didn’t single out these people for punishment.  The issue is whether or not you and I will repent.
For the entire previous chapter in Luke, Jesus has been calling for repentance—for lives turned around to embrace God’s mercy and gift of new life.   But people think he is talking about someone else—the Galileans Pilate had slaughtered as they worshiped, or the eighteen killed in Siloam when that tower fell on them.
Like most of us, they try to deflect Jesus’ challenging words about repentance or avoid responsibility by comparing themselves and saying, “We’re not bad as they are." But Jesus will have none of it and makes the point that this is not about comparing ourselves with others.
Unless you repent--you will all perish.  Unless you repent.
Jesus follows this cheery thought with a story about an un-productive fig tree that gets one more chance.  The parable clarifies Jesus’ motivations for previously exhorting people to “repent.”

“Give it another year.  Cultivate the soil some more, and add some more manure, and give it another chance to bear fruit.”
A lot of people hear “repentance” and think of behavior and guilt, as if Jesus’ primary goal was to reform personal morality.  But I think this is a misunderstanding.

To repent is not so much a matter of giving up certain habits or practices… or about being sorry—turning toward God’s way.  The Greek word that we translate as repentance—metanoia—means “to turn.”
When we repent, we see things differently, and we come to new understandings of what God makes possible…  about how God wants us to live… and about what the world is like when God’s will is done.
When Jesus says, “Unless you repent, you will all perish just as they did,” he isn’t saying that repenting will extend our lives or offer some kind of miraculous shield against super-storms or disease or catastrophe.  Rather, our repentance will lead to bearing fruit.  If we turn toward God’s ways and see things as God wants us to see them, we will live further into God’s intentions for us.
When Jesus calls us to repent, he’s inviting us to discover God as the source of our sustenance… belonging… meaning… and hope in this difficult life-- and into the future.  Repentance is the change that occurs within us when God meets us and re-shapes the way we see everything.

As a gardener and someone who grew up in farm country, I love the parable of the fig tree-- especially the image of manure being spread over the roots of our lives, to help us grow into who we are created and called to be.   God is willing to give us another chance… and can use anything and everything in our lives to help us grow, rooted and grounded in Christ, to produce good fruit.
So, I wonder:  What does it take to turn us around?  How much manure does it take to bend our imaginations to trust in God and to live hopeful, faithful lives?
I believe God uses various kinds of spiritual disciplines to cultivate and fertilize our souls.  This cultivation can break up the hard soil that forms around our hearts.  Then, with the help of the good Gardener, we will bear sweet juicy fruit-- the fruits of the Spirit.
The good news in the story we heard today is that we worship a God who doesn't want to give up on us.  In Jesus, God calls us to live transformed lives. If we will turn to the God who created us and loves us, we will have life and we will have it abundantly.
Thanks be to God!  Amen!

[1] Jill Duffield, “3rd Sunday of Lent-February 28, 2016”, posted at The Presbyterian Outlook at www.pres-outlook.org

Posted by RevFranMusings at 3:19 PM