"An Epiphany of Abundance," a sermon from Littlefield Presbyterian Church on John 2:1-11. Preached January 17, 2016, on the Sunday before the birthday of the Rev. Dr. Martin Luther King Jr. 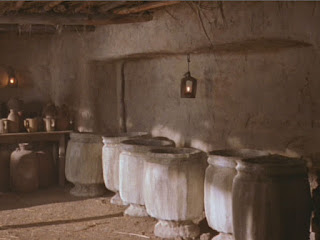 
Whenever we think we don’t have enough—enough money or power or privilege or security--  whenever we think the party’s over because things are changing, God will keep doing new things and surprising us with new wine that is sweeter and tastier than ever before… and give us dreams and visions to help us live more fully into the life of abundance and grace into which God calls us.  Can we imagine it?   Is anything impossible for God?
In a world threatened by ethnic, racial, and religious conflict, the consequences of trying to defend the status quo   or of wallowing in the valley of despair and fear and negativity are enormous.   But the rewards of inclusive justice and healing are too important not to try.
The prophets and the gospel call us to dream, to imagine an alternative reality of Beloved Community for all God’s people.  They challenge us to embody it in our daily lives, trusting that God will provide abundant new wine  and better things than we ever tasted or seen or imagined   and a life overflowing with joy and blessing in God’s presence.
Thanks be to God!